I finished So Many Books (Gabriel Zaid) a couple months ago but the main points have been rattling around my head since then. The book reads like a series of essays, focusing on (in relative order) the habits of book collecting, habits of reading and comprehension, growth of publishing, and the economics of publishing. It’s a short book, makes a dry topic very interesting, and makes arguments relevant in today’s world of self-publishing, blogging, vlogging, and all else.

Many people read paragraph by paragraph, sounding out a text, like a child reading letter by letter or word by word. The next level, which many do not reach, is to grasp a book all at once, in its entirety.

[…] It’s like examining a mural from two centimeters away and scanning it ten centimeters at a time, like a short-sighted slug. This doesn’t allow for the integration of the whole, for taking in the mural at a glance.

[…] And how many people want to feel like slugs, especially once they know what it is like to express themselves intelligently in conversation? This accentuates the difference between the developed oral side and the underdeveloped written side. People who feel this way don’t read books. They never really learned how to read books.

Damn. What a good passage. I feel like this is so much of whether you can give a good interview or good presentation on your code. It usually doesn’t matter whether you can type the characters or know the keywords if you can’t articulate and optimize the program’s goal. Too many developers also sound out their programs variable by variable or function by function, instead of grasping or communicating the work as a whole.

To the point about people favoring the oral over the written side, I feel that many developers suffer from the opposite; they prefer to code because they are stuck sounding out keyword after keyword and have trouble articulating their larger goal in human words. This is why my teams will always focus on communication and comments in addition to the underlying functionality.

The cost of reading would be much reduced if more authors respected the readers’ time and published less.

People want to be at the center of the world’s stage and conversation, but the world’s conversations are myriad and continued and concurrent. The true art of publishing involves placing the text in the middle of a conversation, adding to it, knowing how to feed the flames.

So many developers evangelizing their new favorite language or tool to solve all the problems and all the things. Each new idea exists not in the center but in concert with every other language and framework. No one piece or option should or ever could make all the sound or be used in even most products we will build.

This has been one of the farthest reaching ideas I took away from this book. I see this play out in the community (and in my own habits) where open source developers will ask for donations toward their work but will not also donate to others. Many people will present at meetups and then forgo attending the talks of others.

This, especially, will be a point of self-improvement I take away from this book.

Books are published faster than ever. More is being published every day than you could ever read. […] Your ignorance grows faster than your knowledge.

All the the more reason to focus on the larger mural being drawn on the wall. :)

I read this on recommendation from other people at Shopify. The concepts were good, and I highlighted several sentences, but
Dec 6, 2020
Nov
24

After Reading: Working in Public

After Reading: The Color of Law

A great and terrible catalog on the history of systematic racial oppression throughout the United States. Several examples were not
Jul 31, 2020
Jun
30

After Reading: The Art of Doing Science and Engineering

I picked up this book as it was recommended as a life-based and life-changing textbook on Hamming’s life at
Jun 30, 2020
May
29 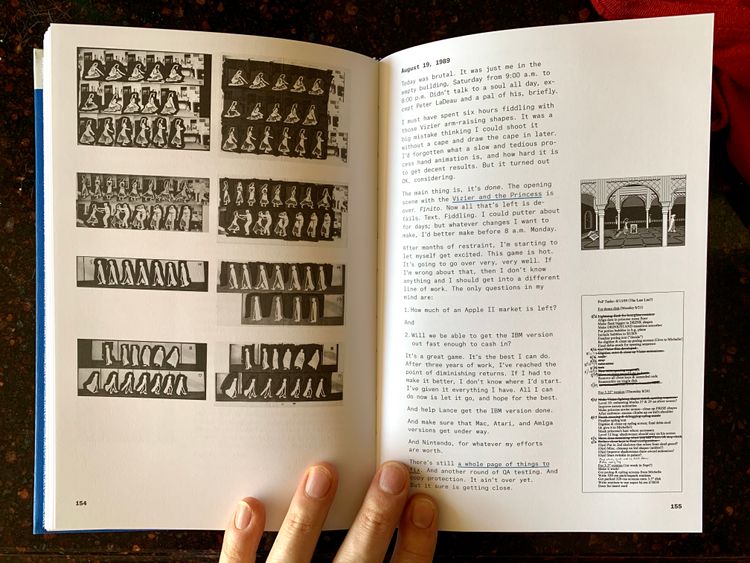 After Reading: The Making of Prince of Persia

Reading The Making of Prince of Persia [https://press.stripe.com/#the-making-of-prince-of-persia] journals, by Jordan Mechner, is energizing and stressful.
May 29, 2020
1 min read